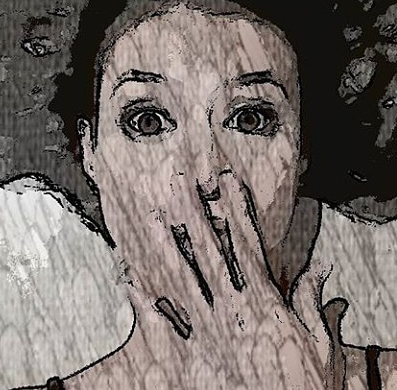 As you may already know, we at Igalia have been working on several improvements to the 3D rendering drivers of Broadcom Videocore GPU, found in Raspberry Pi 4 devices. One of our recent works focused on improving V3D(V) drivers adherence to Vulkan submission and synchronization framework. We had to cross various layers from the Linux Graphics stack to add support for multiple syncobjs to V3D(V), from the Linux/DRM kernel to the Vulkan driver. We have delivered bug fixes, a generic gate to extend job submission interfaces, and a more direct sync mapping of the Vulkan framework. These changes did not impact the performance of the tested games and brought greater precision to the synchronization mechanisms. Ultimately, support for multiple syncobjs opened the door to new features and other improvements to the V3DV submission framework.

But, first, what are DRM sync objs?

And Jason Ekstrand well-summarized dma_fence features in a talk at the Linux Plumbers Conference 2021:

A struct that represents a (potentially future) event:

For our main purpose, the multiple syncobjs support means that V3DV can submit jobs with more than one wait and signal semaphore. In the kernel space, wait semaphores become explicit job dependencies to wait on before executing the job. Signal semaphores (or post dependencies), in turn, work as fences to be signaled when the job completes its execution, unlocking following jobs that depend on its completion.

The multisync support development comprised of many decision-making points and steps summarized as follow:

We decided to refactor parts of the V3D(V) submission design in kernel-space and userspace during this development. We improved job scheduling on V3D-kernel and the V3DV job submission design. We also delivered more accurate synchronizing mechanisms and further updates in the Broadcom Vulkan driver running on Raspberry Pi 4. Therefore, we summarize here changes in the kernel space, describing the previous state of the driver, taking decisions, side improvements, and fixes.

Initially, V3D was very limited in the numbers of syncobjs per job submission. V3D job interfaces (CL, CSD, and TFU) only supported one syncobj (in_sync) to be added as an execution dependency and one syncobj (out_sync) to be signaled when a submission completes. Except for CL submission, which accepts two in_syncs: one for binner and another for render job, it didn’t change the limited options.

Meanwhile in the userspace, the V3DV driver followed alternative paths to meet Vulkan’s synchronization and submission framework. It needed to handle multiple wait and signal semaphores, but the V3D kernel-driver interface only accepts one in_sync and one out_sync. In short, V3DV had to fit multiple semaphores into one when submitting every GPU job.

I found a curious commit message when I was examining how other developers handled the issue in the past:

So, inspired by amdgpu_cs_chunk and i915_user_extension, we opted to extend the V3D interface through a generic interface. After applying some suggestions from Iago Toral (Igalia) and Daniel Vetter, we reached the following struct:

This generic extension has an id to identify the feature/extension we are adding to an ioctl (that maps the related struct type), a pointer to the next extension, and flags (if needed). Whenever we need to extend the V3D interface again for another specific feature, we subclass this generic extension into the specific one instead of extending ioctls indefinitely.

For the multiple syncobjs extension, we define a multi_sync extension struct that subclasses the generic extension struct. It has arrays of in and out syncobjs, the respective number of elements in each of them, and a wait_stage value used in CL submissions to determine which job needs to wait for syncobjs before running.

And if a multisync extension is defined, the V3D driver ignores the previous interface of single in/out syncobjs.

Once we had the interface to support multiple in/out syncobjs, v3d kernel-driver needed to handle it. As V3D uses the DRM scheduler for job executions, changing from single syncobj to multiples is quite straightforward. V3D copies from userspace the in syncobjs and uses drm_syncobj_find_fence()+ drm_sched_job_add_dependency() to add all in_syncs (wait semaphores) as job dependencies, i.e. syncobjs to be checked by the scheduler before running the job. On CL submissions, we have the bin and render jobs, so V3D follows the value of wait_stage to determine which job depends on those in_syncs to start its execution.

When V3D defines the last job in a submission, it replaces dma_fence of out_syncs with the done_fence from this last job. It uses drm_syncobj_find() + drm_syncobj_replace_fence() to do that. Therefore, when a job completes its execution and signals done_fence, all out_syncs are signaled too.

Other improvements to v3d kernel driver

This work also made possible some improvements in the original implementation. Following Iago’s suggestions, we refactored the job’s initialization code to allocate memory and initialize a job in one go. With this, we started to clean up resources more cohesively, clearly distinguishing cleanups in case of failure from job completion. We also fixed the resource cleanup when a job is aborted before the DRM scheduler arms it - at that point, drm_sched_job_arm() had recently been introduced to job initialization. Finally, we prepared the semaphore interface to implement timeline syncobjs in the future.

The patchset that adds multiple syncobjs support and improvements to V3D is available here and comprises four patches:

After extending the V3D kernel interface to accept multiple syncobjs, we worked on V3DV to benefit from V3D multisync capabilities. In the next post, I will describe a little of this work.